Could the Commonwealth Cup Go to a Runner from Overseas at Royal Ascot This Year? 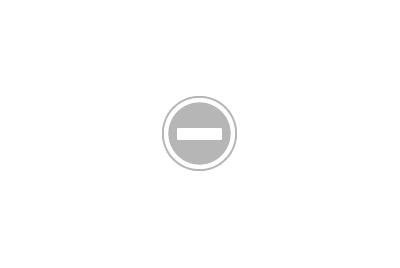 Royal Ascot's newest Group 1 event, the Commonwealth Cup for three-year-old colts and fillies, has been dominated by British-trained winners since its introduction in 2015.
The only exception to date was Irish raider Caravaggio scoring in 2017 for Aidan O'Brien and the Coolmore set. A look at this year's betting on this six-furlong sprint contest suggests there is a good chance that the almost £200,000 first prize could be going to horses trained outside of the British Isles for the first time.
Foreign owners are no strangers to Commonwealth Cup success. The late Sheikh Hamdan Al Maktoum's Shadwell silks have been carried to victory twice in the race's short history. Meanwhile, the controversial Phoenix Thoroughbreds, now banned from having runners in the UK, are also on the roll of honour with Advertise.
After going so close to cracking the Commonwealth Cup last year with Kimari, Kentucky-based trainer Wesley Ward is back again. He should send transatlantic raider Campanelle out from his Keeneland barn in search of more Royal Ascot glory.
This filly by Kodiac won the Group 2 Queen Mary Stakes at last year's meeting. Campanelle followed-up on that success when taking the prestigious Prix Morny over in France at Deauville on the Normandy coast later in the summer.
Although beaten since at the Breeders' Cup in her own backyard, she remains with huge potential. Successful European raids also show that she handles the travel, which can be a challenge for many horses competing overseas.
Campanelle will have to train on from her precocious juvenile exploits. But, with her stable going so close in the race last year, she has to be respected in the Commonwealth Cup horse racing betting as the 4/1 ante-post favourite with bet365.
Next in the market at twice the price is unbeaten French-trained Night Of Thunder filly Suesa, who carries the white and green colours of international owner George Strawbridge. She has done all of her racing in the regal setting of Chantilly outside Paris but improved with each outing.

Bred by Thomastown Farm Ltd, the 3YO filly is a graduate of @Goffs1866 pic.twitter.com/3BEySaryzS

A progressive type going through the grades like Suesa represents a real danger to the home and Irish team in the Commonwealth Cup. Providing that she can replicate that form and travel well across the Channel on her first start abroad, of course. Suesa has also built up an understanding with Olivier Peslier, the now veteran jockey who has ridden a dozen Group race winners at Royal Ascot going back 25 years so she'll likely be a strong competitor.

There are domestic and Irish contenders with claims of Commonwealth Cup success. Archie Watson's Dragon Symbol is prominent in the betting alongside 2000 Guineas flop, Alcohol Free, who didn't seem to get the trip on the Rowley Mile in Classic company at Newmarket.

Measure Of Magic for Johnny Murtagh, a prolific Royal Ascot winner during his career in the saddle, may be the leading hope from the Emerald Isle. The overseas challenge for the Commonwealth Cup looks strong on paper this year, and we'll find out on Friday, 18 June who will win in the presence of royalty.


WANT TO NOW THE BEST 2YO HORSES