On the Bus to Kempton Park Back in the Day 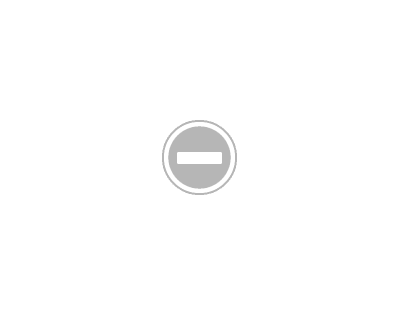 I guess the biggest influence on horse racing and racecourses is financial. As the saying goes: ''Money makes the world go round.''

That's true whether you are a horse racing punter visiting horse-bettors.com or your everyday gambler walking down the High Street to look for extra value for your Lucky 15.

I cant' say I have been to that many racecourses, which is not ideal when I am the creator of this website among others. I need to visit each and every racecourse in the UK. My favourite is Great Yarmouth, on the Norfolk Coast, down Jellicoe Road. If you haven't been the this neck of the woods I'm sure you would enjoy it very much. I've made plenty of sandcastles on that beach, especially a stone's throw away at Caister-on-sea.

I was lucky to go to Kempton Park, long before the all-weather course arrived, when it was a Grade 1 Flat turf course. It was one of the bigger venues for horse racing and a hunting ground for top-class trainers and exceptional thoroughbreds.

I went there on a bus trip with a local pub called The Men of March. It wasn't my regular, although I did go in the place from time to time, my cousins and a good few friends said about the trip and my brother and I decided to go. I can't say I'm that keen on bus trips as a mode of transport it seems painfully slow. It was some old-fashioned number with a big advert on the side for Fox's Ginger Biscuits. However, we eventually got to the course, which is located, I believe, at Sunbury, London way. (Just taking a look at it is Sunbury-On-Thames and it's Surrey.)

Anyway, I was pretty excited to be at the course because there was a horse I fancied in the two-year-old race, trained by Luca Cumain, called Really Brilliant. This was back in 1988, so we (being a twin) were 18-years-old.

Really Brilliant, a son of Waterman, won  by half a length on debut, and strolled out an easy five-length winner, unchallenged at odds of 3/1 at Kempton. We had a rare bet on the Tote and got 4/5 for a place.

That always stuck in my mind.

Another thing that stuck in my mind was a punter I noticed on course. I have no idea who he was, but in my mind, I imagine, right or wrong, it was Harry Findlay. For all I knew, it could have been Ossie Ardiles because I can't even remember what the person looked like. If there had been a police line-up, I wouldn't have been any help. Why? Because I wasn't looking at the geezers boat race (face) but a giant ball of bank notes held in both hands. I'm not kidding, it was literally the size of a football. I was thinking, is he going to place a bet or returning to the bar after a major win? Who knows! But it was a giant wad of cash, the likes I have never seen before and I doubt I will again.

I wish I'd followed ''Ossie'' to see where he went or who he talked to because, make no mistake, there was a story there. Put it this way, he could afford to buy me a drink.

Kempton, like many racecourses, has felt the pressure or burden of money issues. This isn't so much the woes of not enough money but the temptation to sell the racecourse for property development.

Most racecourses cover several acres of land and in prime locations this is worth millions.

Sadly, my one and only venture to Kempton turf course was limited to the 3rd September 1988.

However, I am still to venture to the all-weather course which started back in 2006. You can probably see a pattern. I'm predicting the day I go to this racecourse, it will close a few years later.

Thank the Lord I go to Great Yarmouth on a regular basis.